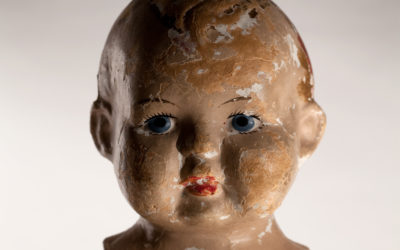 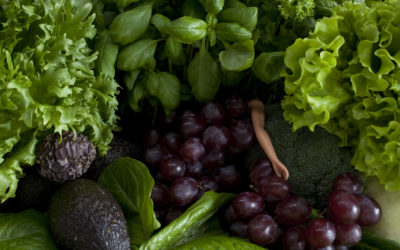 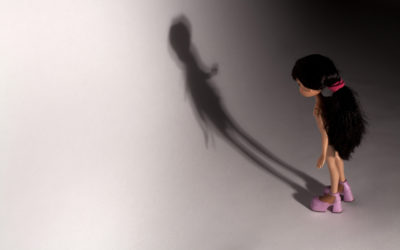 The photo-works of Heidi Romo present metaphoric viewpoints to the experiences we have of childhood, youth or adulthood. A figure of a doll is the focal point of Romo’s works. For each photograph Romo has constructed a still-life of a doll together with food, candy or something to drink. The body of work consists of several thematically different lines of work. The substance of the photographs refers to various kinds of connotations. The figure of a doll is an allegory of controversial and complex emotional phenomena.

The doll is depicted on the one hand as something very true and ideal in the world of a child – as something to assimilate to at the play of life and role models. On the other hand, for an adult a doll may represent reminiscences of the childhood or reflect the ways of approaching one self or one’s child. For some people dolls may represent something fearful or loathsome, for others they are merely cute, cuddly or represent something emotionally tender.

Aside of the manifold emotional implications, dolls are nowadays very much products of the commercial industry. They are sold by the use of our attachments to this emotional object as well as by referring to fancy lifestyles and brands. The advertising is addressed to both grown ups and adolescents.

The photo-series “The Lust” represents the controversy of puberty – an in-between state of childhood and that of maturity. The body of a teenage girl may mature rapidly but the mind does not necessarily follow. The objects of desire may well be candy, childhood play and toys where as the representation of the self may well seem adult, but turns out to be a performance imitating adulthood. Juvenile chaos of needs is the topic of this photo-series as well as the commercial imagery addressed to this age-group.

”Broken Flowers” and ”The Wounded Angel” photo-series depict the experiences of growing up at a broken home. The point of view is not necessarily that of a child but may also refer to the reminiscence of an adult. The figure of a doll refers to the corporeal memory of a person. The photographs aim to comment, what a gloomy childhood might appear today or in the past – if it were possible to visualise memories or emotions.

”The Paradise” plays with the idea, that childhood might be the time of innocence – yet it seldom is.
Negative emotions such as hate, lust and anger are dealt with when playing with dolls and toy figures.
As a Biblical metaphor the title of the photo-series refers to the contemporary consumerist paradise we live in.

”Us” –series consists of portraits of various dolls. These close ups reveal the humanity or human likeness of dolls.